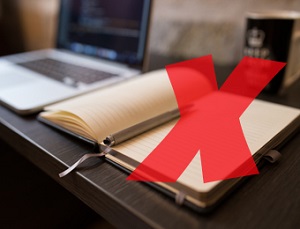 Producing contents that are reliable and powerful is important, as it can affect someone’s mood and inspire a reader. This is more reason for writers to avoid making common writing errors. Writing correctly is easier when you know the basics. Take a look at this list to see how you can improve as a writer:

Writing in active voice is much clearer than in passive voice. According to Mignon Fogarty of Grammar Girl, a passive sentence promotes the object of the sentence to the subject position.

Example:
Active: I broke the glass.
Passive: The glass was broken by me.

Note from an Editor: Writing with an active voice makes for a more powerful content. It’s also shorter and more direct.

Modifiers can either make or break your sentence. It is considered “misplaced” when a modifier causes confusion in a sentence as it enhances a different word.

Note from an Editor: If you’re not sure about your modifier’s position, have someone read your sentence without telling them anything and ask them what they think you meant. If your answers don’t align, then you go back and edit.

A run-on sentence is composed of two or more independent clauses without a comma or conjunction. Use proper punctuations and conjunctions to separate clauses the right way.

Note from an Editor: A semicolon is used in the place of a period as both sentences, though complete in thought, are too short. You can also use a period, but it makes the passage choppy.

Punctuations in a Quote

Note from an Editor: These rules do not apply to colons, semicolons, and dashes.

Note from an Editor: In this case, the semicolon is used to separate items in a complex list.

There are many rules regarding the subject-verb agreement. But the bottom line is this: a plural subject must be followed by a plural verb (are), and a singular subject must use a singular verb (is).

Note from an Editor: Another quick tip: More often than not, the correct subject will come before a phrase beginning with “of”.

Apostrophes are used to indicate possession or contraction. However, do not use it after possessive pronouns like our, ours, your, yours, etc.

Note from an Editor: If you use apostrophe + s, try to break them up and read them. There’s = there is. Does it sound right? If it does, then you’re correct. If not, you change it.

When you’re comparing, make sure to indicate the other subject being compared.

Note from an Editor: For those writing reviews, indicating the names of the items being compared will make your sentence clearer.

Do not use double negatives in a sentence as it will end up meaning the opposite of what you’re trying to say.

Example of a double negative sentence:
“I ain’t got no time to read that!”

Note from an Editor: First of all, “ain’t” is not a real word. Second, the double negatives in the sentence simply cancel each other out. It’s like the math equation, “negative x negative = positive.”

A sentence fragment is a group of words that cannot stand on its own.

Example:
From morning until night.

Note from an Editor: Sentence fragments can usually be found before or after an independent clause they belong in. They can be mistaken as complete sentences as they begin with a capital letter and end with a period.

Your work is your responsibility. It’s good to have an editor who cleans up your draft before publishing, but it’s not okay to depend on him/her for the rest of your writing career. This list will help remind you of the little yet pesky common writing errors to avoid. If all else fails, Allied Writers doesn’t. We offer the best editing and proofreading services you can surely count on!